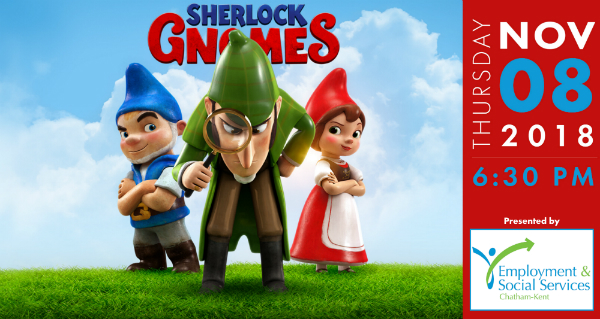 There’s another movie tonight at the Capitol Theatre.

Bring the family out to see Sherlock Gnomes on the big screen for absolutely free!

This free film screening celebrates Education Savings Week, and is a partnership between the Chatham Capitol Theatre and Chatham-Kent Employment and Social Services.

Habitat for Humanity Chatham-Kent is hosting a Trivia Night tonight at the Links of Kent Golf Club (120 Indian Creek Rd. W.) at 7.

Test your knowledge in music, pop culture, history, and more. 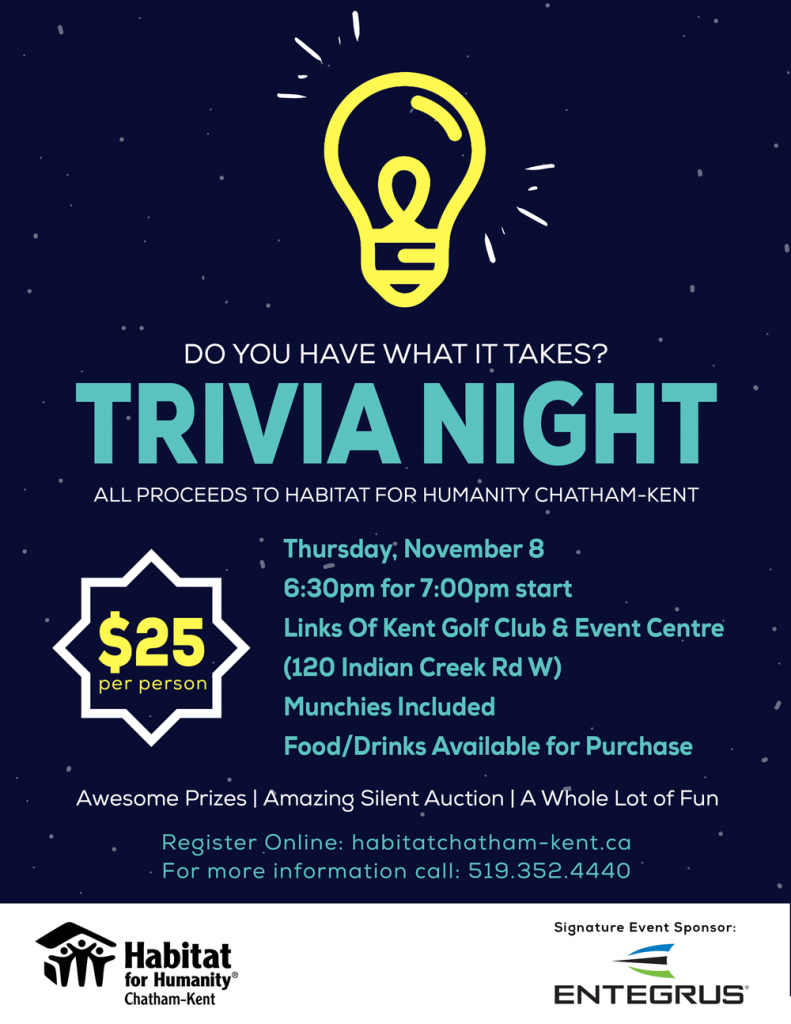 Chatham’s Joseph Raaymakers was named the Canadian Hockey League‘s goaltender of the week.

He allowed just 2 goals over the two games last week, one of them a shutout.

Joe is 20 years old and plays for the London Knights.

Collins Dictionary announced their word of the year. And it is single-use.

The definition is “made to be used only once,” and it’s come up a lot in discussions about how we’re destroying the environment.

Things like Keurig cups and Styrofoam containers are single-use, but the term got the most play earlier this year when cities, and businesses started banning plastic straws.

The runners-up were #MeToo, gaslight, whitewash, and floss – as in the dance.

Collins Dictionary was also first on its Word of the Year last year, when they went with “fake news.”

Post just created Sour Patch Kids cereal. There had been rumours of it for a little while, and it’s finally come to sugary sweet fruition.

Apparently it’s pretty hard to find right now, so no reviews have surfaced yet. On the box it says, “sour then sweet.”

Today I found out that Sour Patch Kids cereal exists and I cerealously cannot think about anything else. pic.twitter.com/p4MslTIMk2