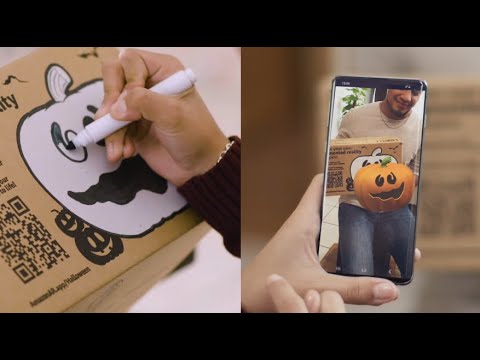 October 15th is the 289th day of the year. There are 77 days remaining until the end of the year.

Another day with no new COVID19 cases reported by Chatham-Kent Public Health Unit.

For the second straight day, C-K has zero active cases.

721 reported new cases were reported across the province Wednesday. 72% of the new positive cases are in Toronto, Ottawa, York and Peel.

Around the world, France has announced a night-time curfew of 9pm to 6am in Paris.

Residents will need a valid reason to be outside their homes during the hours of curfew.

The Czech Republic has shut schools & bars, and Ireland announced a ban on household visits.

If you ordered a bunch of stuff off Amazon for its Prime Days this week, it’s going to come in some new boxes, that can do tricks.

The boxes have the outline of a pumpkin on them. You draw a face on the pumpkin, then hold up a special app and the pumpkin you drew will “come to life” through augmented reality.

Amazon says they’re doing it because it’s a, “low-cost way for customers to celebrate and reuse boxes before dropping them in the recycling bin.”

Ikea had a clever way to make customers identify with their store in northern Spain, by asking them to come up with a name for a road beside the store.

In a Facebook poll in which more than one thousand people voted, some 54 per cent backed the winning entry.

This beat suggestions including There’s No Place Like Home Street or Hug on the Couch Street.

Top Ramen is hiring a “Chief Noodle Officer” to help test out new recipes. They’ll pay you $10,000, plus give you a 50-year supply of Top Ramen products.

If you’re interested in applying, you need to post a few sentences on social media about why you’d be great, and include a photo of yourself making a unique ramen dish.