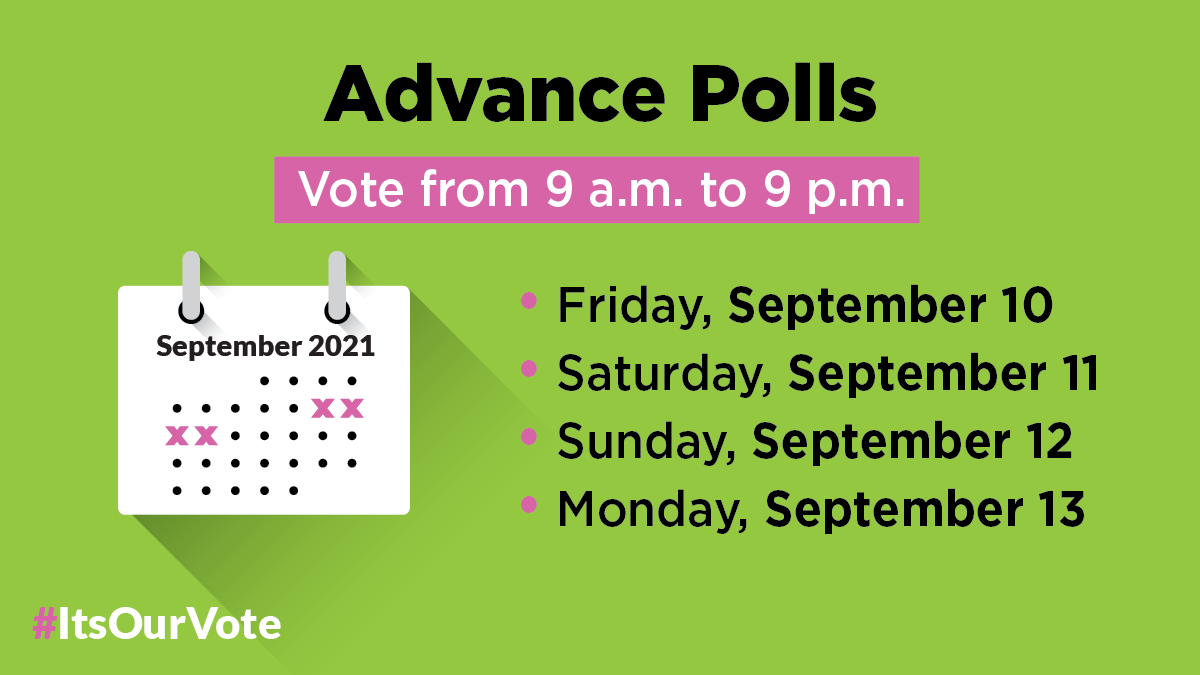 Today is the last day of advanced polls for the upcoming federal election.

Advance polls are open across the country today from 9am to 9pm.

You can find the address of your assigned polling station on the back of your voter information card or by calling 1-800-463-6868.

On Sunday Ontario reported 784 new cases of COVID-19. That’s the first time it’s been less than 800 in the last three days. 602 cases are in unvaccinated individuals (77%)

Chatham-Kent Public Health doesn’t update on the weekends or holidays. On Friday, there were 16 new cases and six recoveries. The active case count locally is at 122. A weekend update will come between 10-11 this morning.

All the proceeds from every $1 Smile Cookie purchased locally will be donated locally to the Children’s Treatment Centre, Big Brothers/Big Sisters and the Chatham-Kent Student Nutrition Program.

The Smile Cookie program started in 1996 to help raise funds for the Hamilton Children’s Hospital in Ontario. Today 625+ local charities and organizations in communities across Canada benefit from Smile Cookie sales.

Last year, restaurant owners and guests across the country raised a record $10.56 million to support local charities through the Smile Cookie campaign.

Raducanu, who was born in Toronto, is 18 years old. Fernandez turned 19 a week ago.

Fernandez paid tribute to New York on the 20th anniversary of 9/11. “I know on this day it was especially hard for New York and everyone around the United States,” the Canadian teen said. “I just want to say that I hope I can be as strong and as resilient as New York has been the past 20 years.”

Roomba has announced that their latest model has the ability to recognize and avoid things like cables and “pet waste”.

Roomba says that they “see this a lot,” but they’re promising that the new iRobot Roomba j7 Plus solves the problem.

They’ve implemented algorithms using “hundreds of thousands of images of real, fake, and simulated dog and cat waste”. They’ll replace any Roomba j7 Plus if it fails to detect pet poop and becomes soiled as a result. The guarantee is only good for the first year, and it only covers solid pet waste.

They’re calling it the “Pet Owner Official Promise [P].” A new Roomba j7 Plus will cost you $849.